I created an advert targeting people who were IT literate and who could refer the end user  to us and a guide to making QR codes.


QR code (abbreviated from Quick Response Code) is the trademark for a type of matrix barcode (or two-dimensional bar code) first designed for the automotive industry in Japan.


A QR code is read by an imaging device, such as a camera, and formatted algorithmically by underlying software using Reed-Solomon error correction until the image can be appropriately interpreted. Data is then extracted from patterns present in both horizontal and vertical components of the image. As a variety of industries utilize the QR code today, the applications for use can vary from product tracking, item identification, time tracking, document management and general marketing purposes.


URLs aided marketing conversion rates even in the pre-smartphone era but during those years faced several limitations: ad viewers usually had to type the URL and often did not have a web browser in front of them at the moment they viewed the ad. The chances were high that they would forget to visit the site later, not bother to type a URL, or forget what URL to type. Friendly URLs decreased these risks but did not eliminate them. Some of these disadvantages to URL conversion rates are fading away now that smartphones are putting web access and voice recognition in constant reach. Thus an advert viewer need only reach for his or her phone and speak the URL, at the moment of ad contact, rather than remember to type it into a PC later.

How to make a QR code image for an URL.


1) Go to http://www.qrcodemaker.co.uk/
You should see the following page: 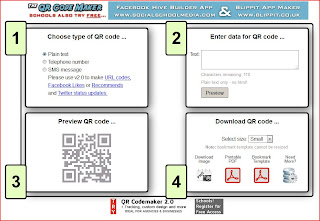 2) Copy the URL you want the code to take you to: 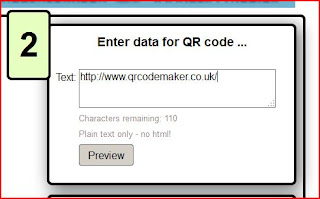 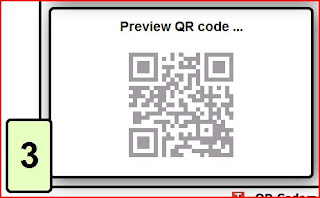 Should now have a preview image of your QR code in black: 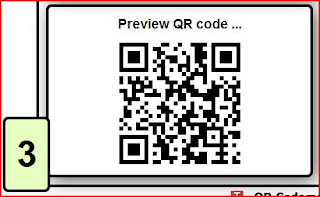 5) Now select the size you want your QR code to be from box 4: 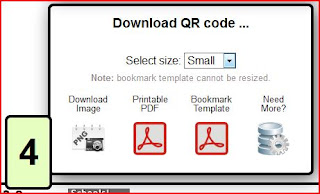 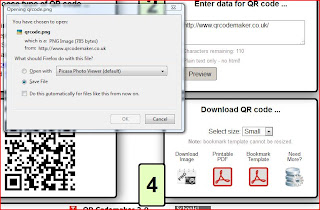 And then choose which folder to save it in.
Posted by twrchtrwyth at 12:37